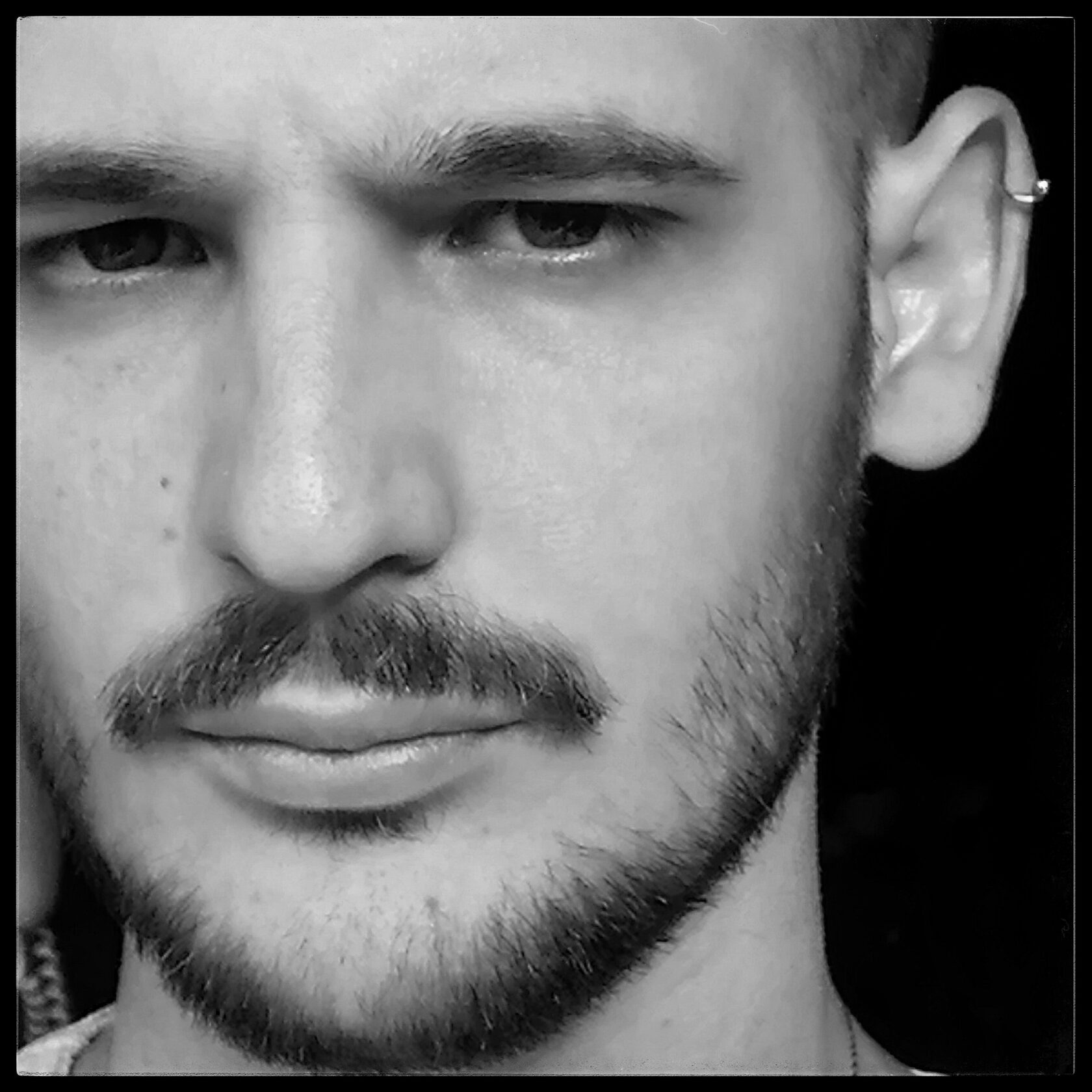 He graduated from the San Alejandro National Academy of Plastic Arts in the specialty of Painting and Drawing (2013) and later he graduated as an Urban Architect from the Technological University of Havana (2019).

His work has been exhibited and published in books and specialized art magazines, inside and outside Cuba.

Around his work gravitates a constant reflection on various topics such as identity (ethnic, sexual and gender), queer theory and sexual otherness, architectural design, art history and self-referentiality.

He is interested in the production of different subjectivities such as those that promote drag culture; the exploration of such rich and multiple notions as androgyny or femininity, homoerotic art and camp aesthetics, characterized by poses, affectation and drama. He enjoys highlighting the artifices, the carnival, the tragic-festive.

Nazabal is moved by the interest in the representation of the body and its theatricality as well as the extravagance and marginalization of homoerotic desire, the peripheries and all those expressions that constitute some kind of dissidence from the roles established by the culture of patriarchy.

Please note that due to technical delays between crypto and USD purchases there could be a double purchase of a single artwork.

We will notify you immediately and refund you a full amount if such a situation occurs.